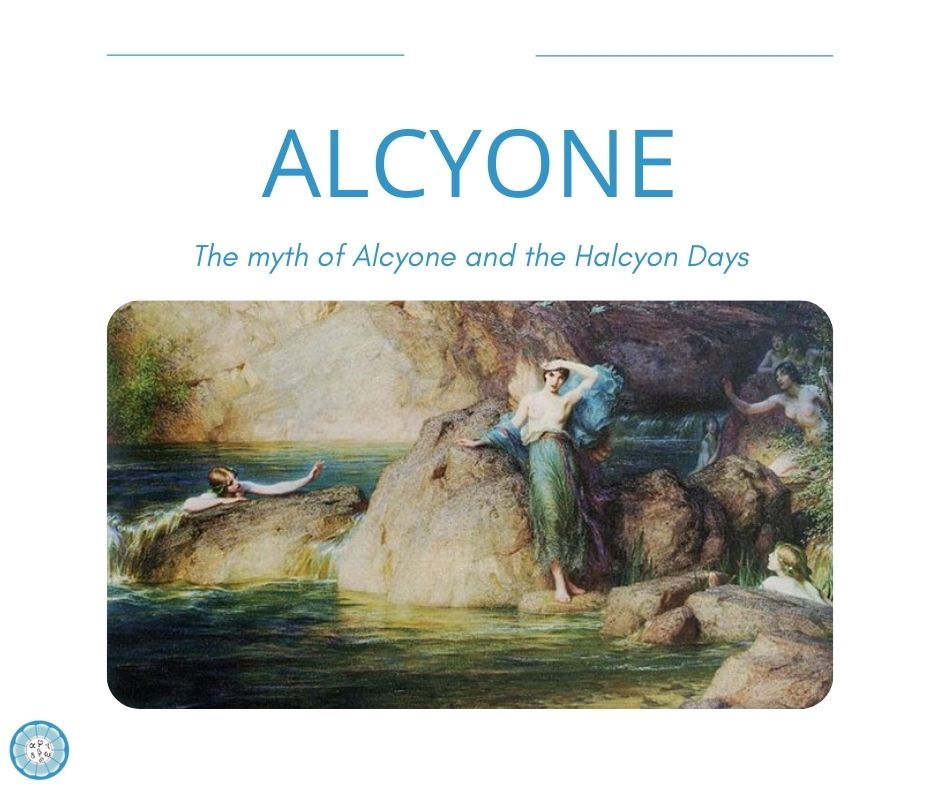 The myth of Alcyone and the Halcyon Days

When are the Halcyon Days?

In winter we see a few days with good weather. These are days with sun, no clouds and no wind. This was also noticed by the ancient Greeks. During this time they also observed that alkyones (kingfishers) give birth to their babies, which is why they gave their name to these days. The “Alkyonides/Halcyon days” last from the 15th of December until the 15th of February every year, and most often between 15-31 December and 16-31 January.

The myth of Alcyone

The ancient Greeks had created, as usual, a myth about these birds, the alkyones. According to ancient myth, Alcyone was a very beautiful and charming girl. Her father was Aeolus, god of the winds, and her mother Enareti (meaning the one who has all the virtues). Alcyone had married Ceyx. The couple was very much in love and perfectly matched. Thus, Alcyone and Ceyx began to feel superior to humans, they felt that they were gods themselves. Ceyx believed that he had equal value with Zeus and Alcyone with Hera.

They were convinced of this fact so much, that Ceyx started calling his wife “Hera” and Alcyone in turn started calling her husband “Zeus”. As soon as the real god Zeus saw this, he considered it a great disrespect. He was so angry that one day he saw Ceyx in his boat deep in the sea and he was struck by lightning. Ceyx’s ship was destroyed and he, without any help, drowned in the huge waves. 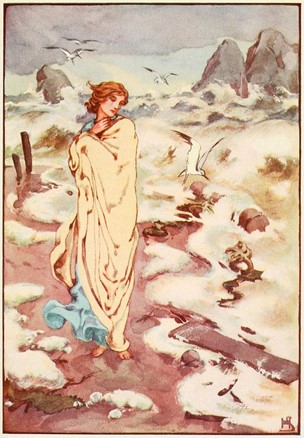 As soon as the Alcyone learned what had happened, she ran to the beach hoping that the waves would bring him back alive. When she saw only a few pieces of wood from his boat, which had been washed ashore, she began to cry. She mourned for days and nights her lover, without stopping. Her pain was so great that Zeus took pity on her and transformed her into a bird. Thus Alcyone became a beautiful bird, like her when she was human, living near the sea as if waiting for her love to come out of the waves.

But the sufferings for Alcyone had no end. She laid her eggs in the winter, and laid them on the rocks by the sea. The waves, big and wild, reached the land, climbed to the rocks and destroyed the nest and the eggs with her babies. Zeus wanted to correct his mistake. So, for fifteen days in the winter he would warm up the weather and stop the winds, so that the Alcyone could spin the eggs until her children came out. 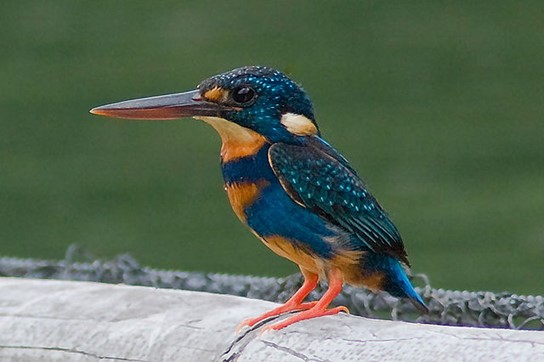 The bird Halcyon, according to tradition, is a symbol of peace and protection and wherever they see it, it stops the turmoil of the sea. It is a migratory bird, but it does not leave, but comes to Gree (Bergoffen, 17 August 2004)ce in autumn, while it leaves again in early March. According to a medieval legend, Halcyon acquired its color in the biblical flood because it flew high and took red from the sun and blue from the sky. She is also a faithful companion. When her partner is so old that he cannot fly, Halcyon carries him on her shoulders and always takes him with her. She gives him food and takes care of him until he dies.