Skip to content
Remembering Alekos Fassianos, in his own words 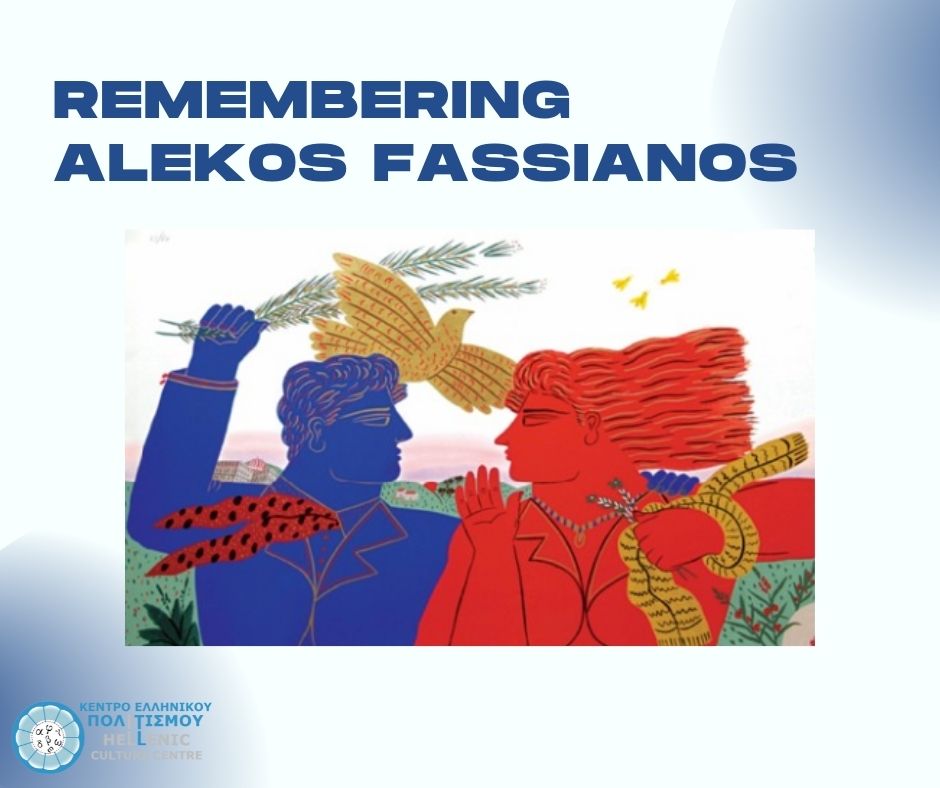 Alekos Fassianos, one of Greece’s most beloved contemporary painters, passed away on Sunday, at the age of 86. 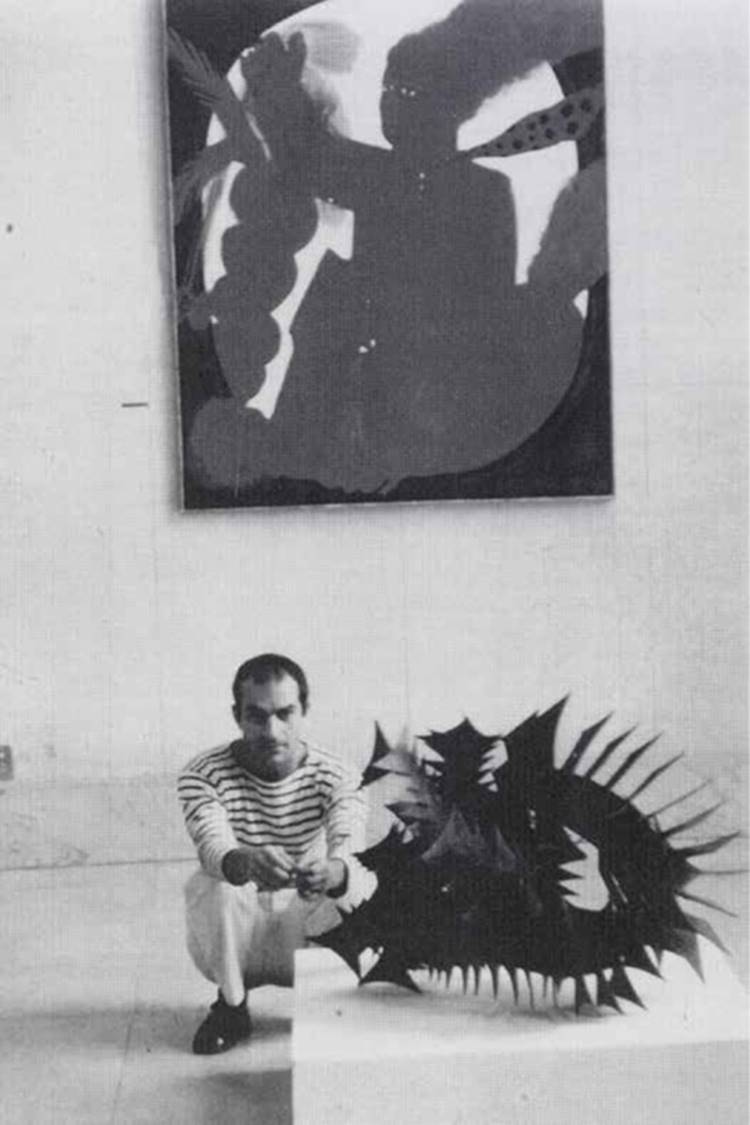 He was born in 1935 in Athens, Greece, and studied music before moving on to painting at the Athens School of Fine Arts of the National Technical University of Athens – NTUA (1956-1960), where Yiannis Moralis was his primary mentor.

In 1960, he was awarded a French government grant to study lithography at the École des Beaux-Arts in Paris under A. Clairin and G. Dayez.

Fassianos immediately acquired a highly distinctive style after being affected by abstract art for a brief period (1957-1958), which would serve him faithfully in his figurative painting. Already in 1960, he had developed his own anthropocentric style, which had steadily grown over the years into a true visual book on ordinary life. The artwork by Fassianos has become a symbol of Greece and a reflection of Greek postwar society. 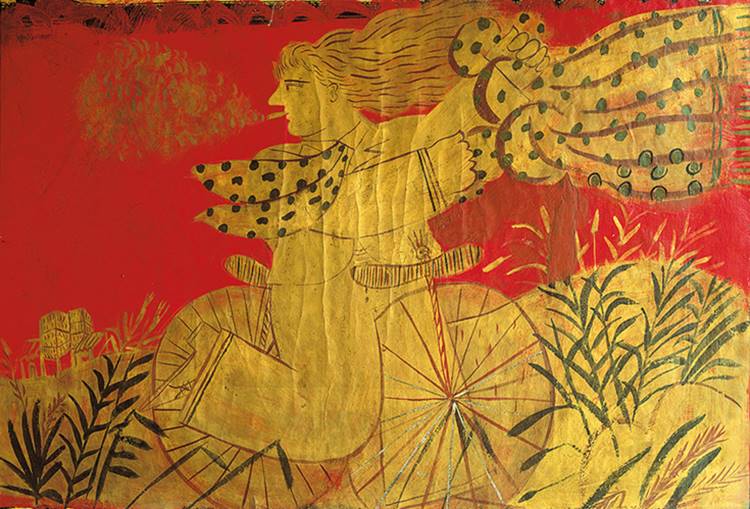 He has participated in over 80 solo exhibitions and has shown in museums and galleries all over the world, including Athens, Paris, London, Geneva, and across Europe, as well as Dubai, Russia, Japan, the United States of America, Brazil, and Australia.

In 2013, the French government bestowed upon him the Order of the Legion of Honor, the country’s highest award. For his devotion to the arts, he was honored by the Academy of Athens in 1999 and by the Russian Government in 2015. 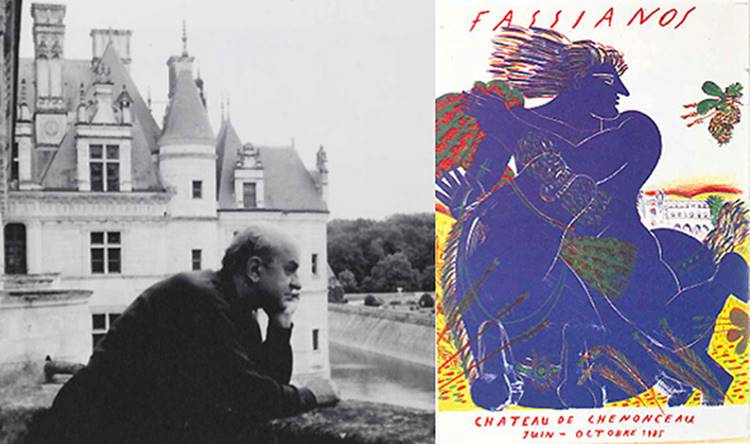 As presented on his official website, Fassianos himself relates:

“For five years I applied myself to drawing ancient heads and nude models. I can’t say I didn’t learn anything from this – quite the opposite.

Our teacher Moralis had an influence on us both as an artist and as a human being. We learned to observe the effects of darkness on light and vice versa as well as how objects changed shape as the light changed. We also learned to compare things. But I was always thinking of saints with their haloes, their staffs, their swords, their varied attire, and the red or white horses that jumped over flame-blowing dragons. 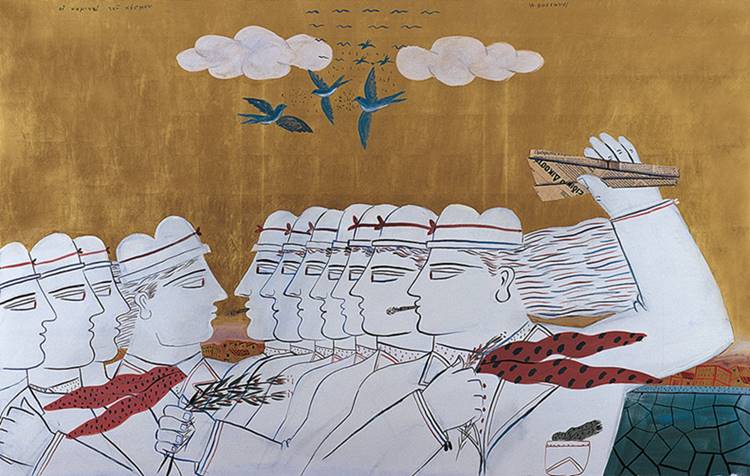 I was thinking less of the Cycladic figurines at the time.

I also liked Japanese art and Indian tantric painting. But I never felt the mysticism. I started painting people again in uniforms and ornaments in gardens. They were unmoving, they were expressionless and held flowers. 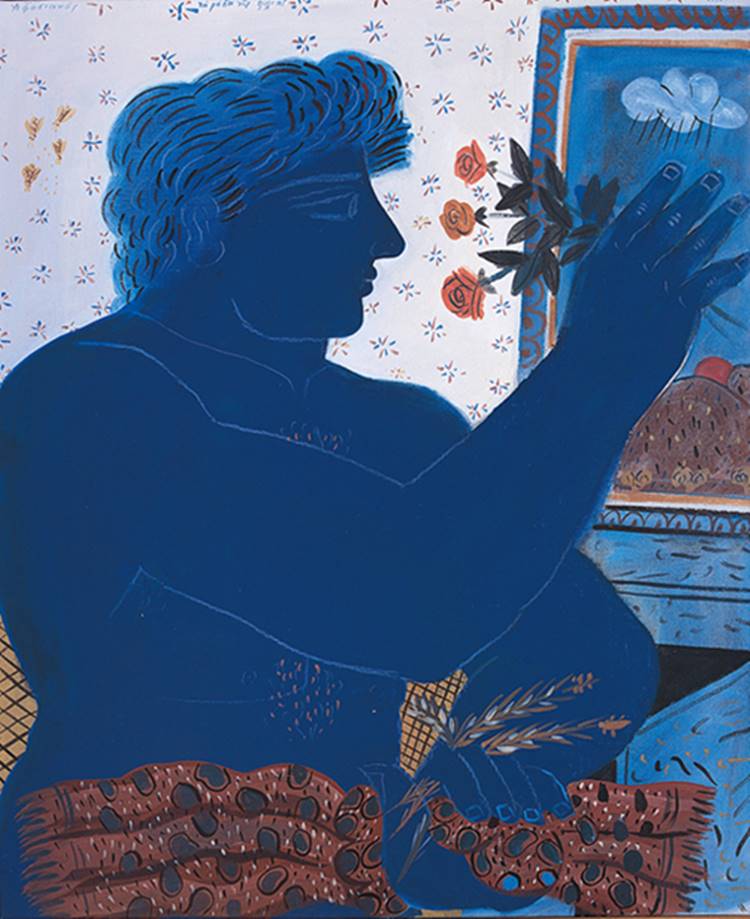 Later these small figures of people that I painted in uniforms began to dissolve, to become colored beings with flowers all around, sometimes pleasant looking, sometimes terrifying

And now the ones I paint hold flaming swords like the Byzantine saints. But they are untainted creatures from my imagination, just as they first issued from dark churches. I like red and blue volumes, but not abstraction.

Color should always have meaning!” 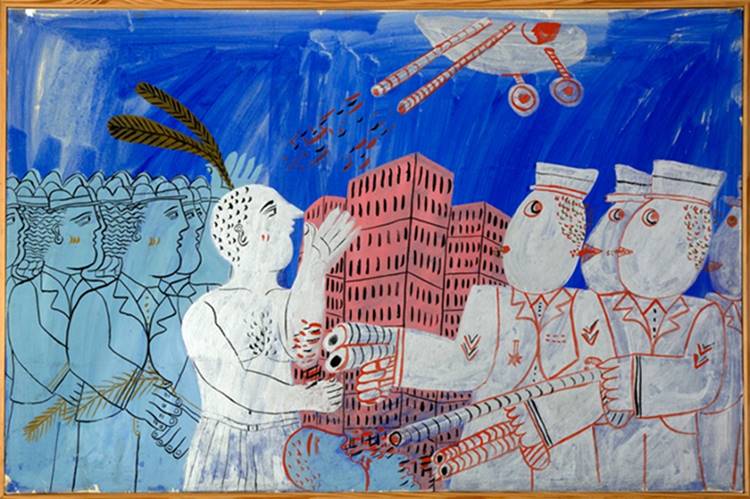 12Next
Fotini Psilou2022-03-01T12:22:37+00:00Tags: greek art, greek culture, people|
Page load link
We use cookies on our website to give you the most relevant experience by remembering your preferences and repeat visits. By clicking “Accept”, you consent to the use of ALL the cookies.
Cookie settingsAccept all
Manage consent