Skip to content
Why are there so many churches in Santorini?

Why are there so many churches in Santorini?

Greek people’s religion is an essential part of their culture. Only Greece, Cyprus, and Russia have such a large proportion of their people that are Orthodox. After Roman Catholics and Protestants, the Orthodox Church is the third biggest Christian denomination.

The Greek Nation and the Orthodox Church

During the Ottoman administration, from 1453 to 1821, the Orthodox faith was critical to the preservation and determination of Greek national identity. Throughout the many occupations, the Orthodox Church worked hard to maintain the Greek language, culture, customs, and the Orthodox religion. Some historians declare that this is actually one of our national myths though.

Separation of Church and the State

The Greek State and the Orthodox Church are officially divided, as they are in all European countries. The Greek Orthodox Church wields considerable authority in Greek society, even though this separation is neither stated nor controlled by the Constitution. The Constitution writes that Greece has an official religion, and that this is Orthodox Christian religion, and in another article it bans any effort to proselytize a resident of Greece to any other religion.

Why are there so many churches in Santorini?

Santorini officially has 1256 churches. There must be more than that. The island’s population is about 20.000 people today in 2022. If we count about 5000 people who came to live and work here, we have a number of 12 people per church, which is an incredible number. The vast majority of the churches in Santorini is private. People who own a church have their family weddings there, they baptize their children there, and celebrate any family achievement.

This large number of churches in such a small region is due to different reasons: 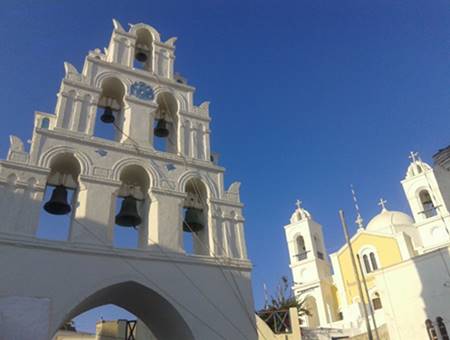 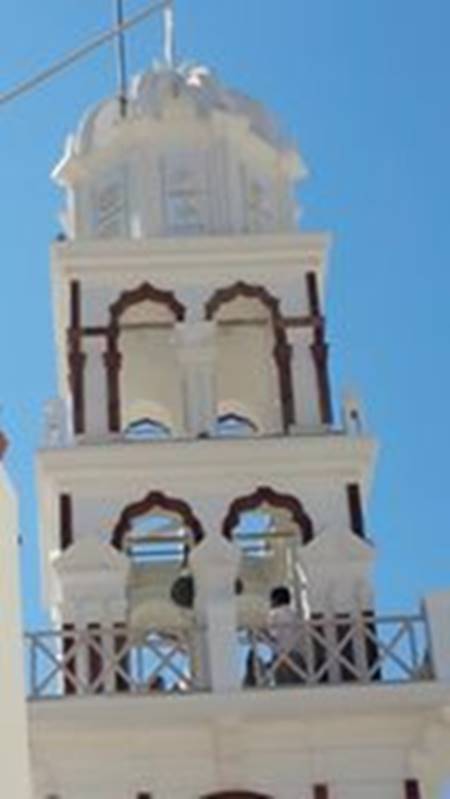 Bell towers in Megalochori, where the Hellenic Culture Centre is

Traditional communities and cities were often built around the church as a primary focal and religious site. Greece is a modern country, nonetheless, religion has been and continues to be a focal feature of culture and existence. 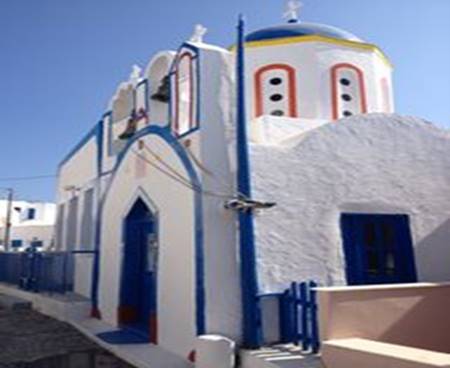 Church in Thirassia, one of the islands of Santorini

Many parts of our heritage, life, and festive occasions are “organized” around religious activities. Christmas, Easter, baptism (99% of the Greeks were baptized when they were babies under 1, and they are not asked to confirm their religious faith ever after), marriage (civil marriage was legal in 1981), and other special occasions.

Furthermore, churches in Greek communities have never been only utilitarian, being built to commemorate a unique event. It is also permissible for private individuals to construct their own modest chapel devoted to a particular Saint or event. They are responsible for their maintenance and upkeep, although the chapel is overseen by the priests. 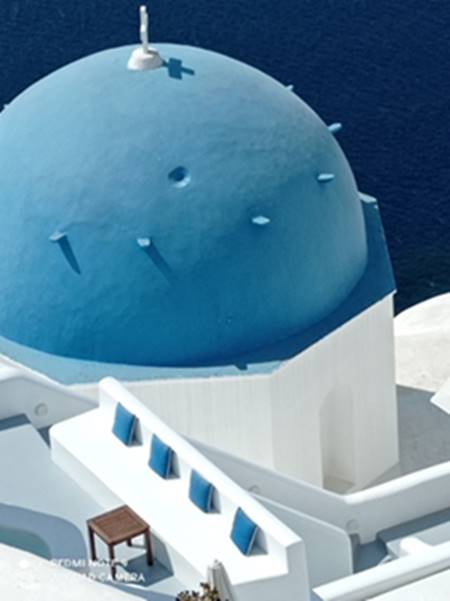 So, next time you visit the beautiful island of Santorini, take some time to visit some of the little or bigger churches. These buildings not only host religious events but also carry with them the island’s history and its people’s stories throughout the ages.

The Hellenic Culture Centre offers summer lessons in Megalochori, Santorini. Take a look at our summer school on our website.

12Next
Fotini Psilou2022-03-01T12:23:06+00:00Tags: architecture, greek culture, santorini, summer school|
Page load link
We use cookies on our website to give you the most relevant experience by remembering your preferences and repeat visits. By clicking “Accept”, you consent to the use of ALL the cookies.
Cookie settingsAccept all
Manage consent